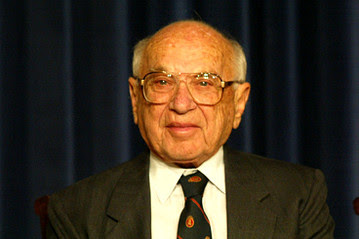 Milton Friedman said that if a country had bad economic policies, its currency would weaken, which would restore balance. Imports would drop and exports would rise. Japan’s insane policy has so far crushed the yen by 22%. The results? As Mish writes, imports +9.4%, exports +3.8%. Their trade deficit fell to the worst level in decades.

One might think that falling interest rates would be good for pension funds. After all, falling rates drive up the price of assets and pensions own assets. However, pensions are generally not nimble; they have to own the asset until maturity. So capital gains don’t help them, but lower interest rates hurt them two ways. First, it starves them of the yield they need. And second, it forces them to use a lower discount rate on their future liabilities. The result: pension funds are badly underfunded (our guess is that most are much worse off than they claim). Here is another article from Mish, about pension funds in the Netherlands. Zero Hedge has an article on this topic too. Alasdair Macleod claims that “gold markets are failing to clear”, without any evidence. Indeed, he does not even present a description of what he even means. What would this mean? Hint: there would not be 2100 trades in an hour when the US is winding down an evening after a national holiday, and Europe is still asleep. Perhaps it means that “phyzz” is not trading? Can readers please confirm that coin shops and bullion dealers are all shut down, worldwide? He also claims that it’s so bad that no longer do “physical and derivative markets interact properly with each other,” and “the disconnection between physical gold and derivatives has become so great that it is now an immediate concern.” I am still waiting for someone to tell me where I can sell phyzz for $1900 an ounce. Meanwhile, back in reality, there is backwardation in the August gold contract. Wanna know how big it is? Around 25 cents per ounce. Yeah, backwardation is a concern. But this is nothing new, being just the new normal post 2008. But hey, let’s keep perpetuating the myth that only the paper price is going down. “Phyzz” is going up and those coins you bought at $1900 are “really” worth far more. Buy more while you still can!